I have a confession to make. I’m a little crazy when it comes to paving. 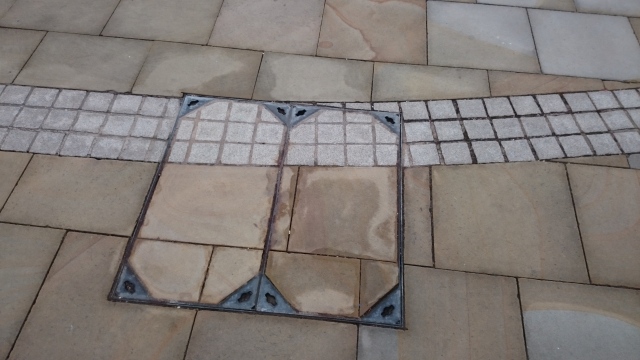 Paving that is right

When I see something like this, it makes me happy. All is well with the world, everything is in its rightful place, and birds and bees alike are bright and buzzy. 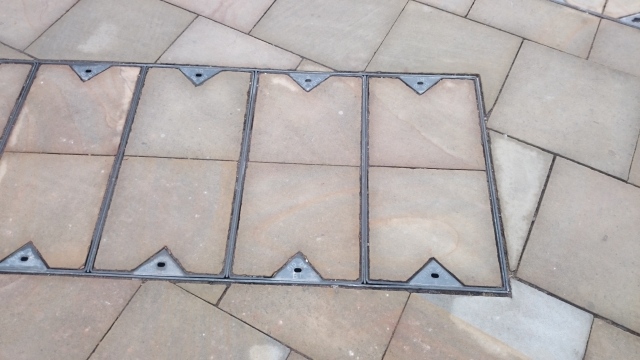 Paving that is wrong

When I see something like this, though, it makes me sad. A dark cloud appears in the sky, blots out the sun, and an eminently inimitable turn of bad weather seems imminently inevitable. 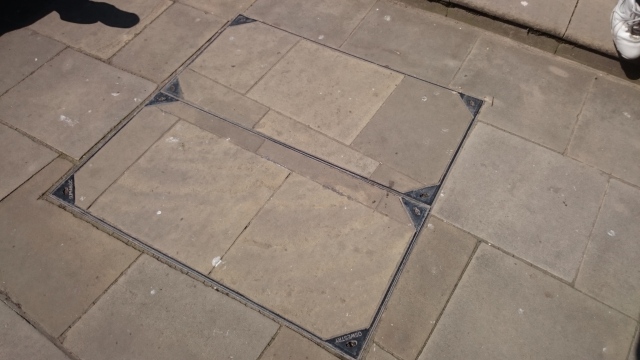 However, when I see something like that, it’s like a bad mashup of karma and dogma. It’s like the prince who rescues Rapunzel turning out to have a sideline interest in wig-making. Or the two ugly step-sisters only pretending to be ugly so that Cinders gets her prince because they feel sorry for her. But Cinderella is really Rapunzel in disguise, slowly coming back from the harrowing ‘haircut in the night’ incident back at the palace which stripped her, not only of her hirsutity, but of her memory as well, and now she’s a raving lunatic who sleeps in fireplaces and talks to birds, and outwardly she’s all ‘yes, Stepmother’ this and ‘certainly, Stepmother’ that, and she sweeps and dusts, and sings and dances, but when it’s dark, she’s at the cauldron with eye of newt and toe of frog and she’s poisoning apples and stalking dwarves, and she’s smirking maniacally at the mirror on the wall, and she’s growing forests of sleepy brambles, and cursing fairies, and stealing the voices right out of the throats of little mermaids, and sometimes when she’s in a particularly foul mood she preys on the insecurities of baby geese but she can’t quite shake the feeling that she’s doing that bit wrong, and so she sets an elaborate trap (involving a rabid wolf, a chainsaw, and a basket of cheesy comestibles) for a little old lady who lives alone, by herself in a lonely cottage in the deserted woods, and when it’s all over she finds, under a glass cloche (together with a rose that slowly, gently, unstoppably, is losing its petals one by one), a piccolo, which she painstakingly learns to play one night while trying to spin straw into gold without pricking her finger, whereupon she is suddenly surrounded by rats, big rats, dirty rats, nasty rats, who carry her off down the hill, and she’s thinking if only, if only, if only they’d lifted up that panel of paving, and put it down so that the lines matched up with the other lines, and the blocks matched up with those other blocks, then she wouldn’t have been chased by those bears, and harassed by the talking cat, or eaten those three bowls of porridge for breakfast, and she’d have married her prince and he would have been charming, and they would have been blissfully, blissfully happy for ever and ever and ever.